Mondays are hard. Like, get up at a planned time, face the outside world, remember how to manage public transport… but, when learning Jill Kargman, who created and stars in Bravo’s Odd Mom Out, is hosting a talk for her new book, then, we’re gonna get there, Monday or not.

The event was announced on Facebook. I threw caution to the wind, booked the ticket right then and there, even though it was three weeks away. Anything can happen in three weeks. But, worse, I could wait and the event would sell out and then the… “I. Have. To. Go.” feelings would kick in.

The day came and all was sorted. No big deal. I ended up flying solo. I thought it might be hard to rally someone to join me on a week night, purchase the ticket in advance, annnnd, to be honest, I couldn’t promise I’d be the best company (being Monday and all, can you tell me and Mondays are not friends).

Trained it to the Upper East Side, landing myself at The Temple Emanu-El.

Get in line. And I am SO excited. Once inside I realize it’s like a stadium, I was expecting similar to the inside of a church, never been. I was way up high in the nosebleeds, but I didn’t care. I was there.

I’m not sure how many people, well, correction, how many women, were there — maybe in the 100s, possibly close to 1,000, probably more like 100s — but, deffo a lot. The room was filled with energy, and gab. All the women were chatting amongst themselves, even across the room to neighbors and friends (wasn’t being a creeper, I could tell).

Commercial break: I’m interrupting this story for a quick note. When I went to the Helen Fielding (Bridget Jones’ Diary) signing, I scribbled down notes like a maniac, in the dark, and, I didn’t quite get the full experience. And, I looked the fool. So, this time, I just sat back and enjoyed the talk.

Back to the story at hand: Kargman told heartfelt stories from her life — personal, fun, some sad — and, now, I do wish I took some notes, rather than relying on my memory. But, there were definitely some standout moments.

She started out with the obvious like how her book series made its way onto TV. She’s not a big reality TV show watcher, but she realized working with Bravo, she could get away with things that she might not on other channels. She told stories about her life, how her grandparents were able to evade German Nazis. Her grandfather had a beautiful, expensive camera, and he was asked for it by a German soldier. Her grandfather said, “No,” but he would sell it to the German.

Kargman pointed out, in retelling the story, that a Jewish person, hiding his identity, would not have been so proud. He would have given up his camera. This saved her grandfather’s life, and his wife’s life. But, sadly, their friends were not so lucky and were taken away.

Oh, gosh, writing out her story, makes my eyes well with tears a little bit. But, I am in public, so I’ll keep it together.

AND, I hope I am doing it justice. It’s not my story to tell, but I bring it up, because this was no typical book talk. She wasn’t pushing books to get sales. She was talking to the people in the audience as if she knew us. And, she probably did know a majority, because we were at the synagogue she attends.

So, while I didn’t take notes, I left… inspired. Which I did not expect. I thought it’d be a bit of fun.

The stories, while some sad, others funny, were all interesting. You could tell she’s lived a lot of life, and she knows how to live life, and her family members before her did the same… they fought for life, actually.

But, there was ONE big takeaway for me. Something tangible, that goes beyond the warm fuzzies, which may last a day or so and will eventually fade.

What was it? I’m gonna tell ya, settle down.

When she talked about the character she plays on Odd Mom Out, which is meant to be a fictionalized version of herself, she explained: it is her, and her stories, but at 27-years-old. When filming the first season, now going into the third, Kargman was 40. Since her days as a new mom she had figured things out, and is now sharing her experiences… first in book form and now on TV.

She pointed out that she grew up on the Upper East Side, and felt like the odd mom out, meanwhile, the women who were giving her the cold shoulder had migrated from elsewhere. Like, the UES was her turf.

This may not sound like much necessarily, but it stuck with me. The reason being, this blog, Cheeky Bird, may have to dip backward. Telling stories that may have happened quite a while ago, and it could be seen as living in the past, but, they are still worth telling.

Because they all add up.

And, some, at the time, well, more than some, were not so funny, because I was so in it. But, now, looking back, it’s laughable. Like, the time I went on a job interview, and right after leaving I found myself locked in a chain-link gated parking lot. If you want to hear how that panned out, please go here.

The parking lot sitch doesn’t sound too far off from something Jill, at least the version of her on Odd Mom Out, might find herself in.

The short story: It’s not too late. I can tell these stories, because they build up to now. And, now is pretty good.

I hope you enjoy them. 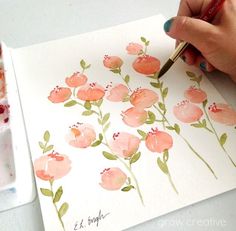